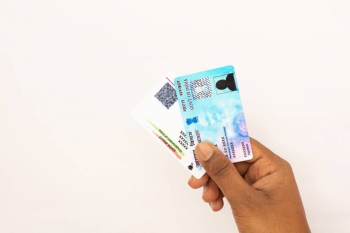 The Budget 2020 to 21 has proposed to launch a system under which Permanent Account Number shall be instantly allotted online on the basis of Aadhaar without filling up the detailed application form as it sought to further ease the process of allotment of PAN.

When asked when will the facility be launched Ajay Bhushan Pandey told PTI System is getting ready. So this month itself.

Explaining how the facility would work he said individuals can go to the income tax department website and enter the Aadhaar number. A one time password will be sent to the Aadhaar registered mobile number. The OTP will be used to verify Aadhaar details. Following this PAN will be allotted instantly and the individual can download the PAN card.

This will help the taxpayer to get rid of the hassle of filling up an application form and submitting it to the tax department and would also ease the process for tax administration of sending PAN cards to the residential address of the taxpayer.

The government has made PAN Aadhaar linkage mandatory and over 30.75 crore PANs have already been linked to Aadhaar. However as on January 27 2020 over 17.58 crore PANs are yet to be linked with Aadhaar.

On how the proposed 'taxpayer charter' would work Ajay Bhushan Pandey said the idea behind it is that since all tax laws specify the obligation of taxpayers the same for tax administration was not listed out and that is what is being done.

Going forward if a tax officer does not follow the charter they would be penalised he said.

The whole purpose is we should have a trust based system where the honest taxpayers should not be harassed we should have a minimal manual interface most of the problem should be solved online the whole system should be very very simple. We made assessment faceless now appeals faceless we are moving in that direction Ajay Bhushan Pandey said.

Finance Minister Nirmala Sitharaman in her 2020-21 Budget speech had said that wealth creators will be respected in this country and to ensure ease of living and ease of doing business it is essential to have fairness and efficiency of tax administration.

We wish to enshrine in the statutes a taxpayer charter through this budget. Our government would like to reassure taxpayers that we remain committed to taking measures so that our citizens are free from harassment of any kind she had said.